We were looking for fun ways for our viewers to interact with our different stream elements such as Hue lights, sound files, and OBS scenes. It started with a "Disco Party" channel reward and quickly evolved into so much more. Our focus for the hackathon was improving the broadcaster and viewer experience with an emphasis on broadcaster tools. As variety gamers ourselves, we were frustrated by the need to reconfigure active channel rewards every time we would switch games. There is already a lot of setup that goes into starting a Twitch stream and we wanted to make this experience easier for the broadcaster.

We used Electron, Vue, Element UI, and @d-fisher's incredible Node.js Twitch API packages. CastMate is focused on being plugin friendly. We took inspiration from Vue components and allowed plugins to be defined by a simple configuration object. The plugin configuration is used to generate the front end ui, setup reactive state, and define actions available to the streamer. Plugin State, similar to Vue and React is reactive so things like overlay updates and profile changes are handled automatically.

We came up with the idea of the action queue by wanting to synchronize lights and sounds together but quickly found it was a powerful tool for describing all sorts of interactions. We went through several iterations before settling on a triggers and actions setup. Plugins can define and activate triggers. Users can setup sequences of actions to be done when a trigger happens.

Dynamically generating a configuration UI using Vue is tricky and making sure you maintain proper reactivity has a few traps. We originally planned to just toggle on and off channel point rewards the streamer made on twitch's Stream Manager but discovered that the API prohibited this.

CastMate is our daily driver for our streams, it's held up and lets us achieve fun viewer interactions. We use it to allow our mods to change OBS scenes. LordTocs' baking stream uses CastMate to pick the weekly challenge. FitzBro enjoys using the input simulation to let viewers do Jedi things in Star Wars: Fallen Order. Viewers seem to really love the enhanced interactivity particularly with changing the streamer's lights.

This was our first project using Electron. We learned a lot of new things about Electron's IPC, the bundling process, and UI frameworks.

What's next for CastMate

We are looking forward to continuing to develop CastMate and hope for a Beta release sometime in 2021! Enhancements that are on our radar include:

Since we built CastMate to be fully pluggable, other developers can easily write their own plugins and contribute to the future of this open source broadcasting tool.

Just updated with a UI Overhaul!

It's got dark mode to save your eye balls.

Setup is now easier too, you no longer need to register your own twitch application. 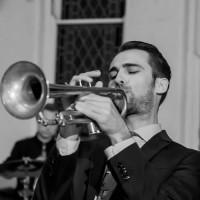