Landfills in the United States are overflowing with over 2 million plastic bottles. Consumers throw 80% of these bottles in the garbage in one of the worst examples of the unsustainable linear economy.

Even for bottles that aren't thrown away, the recycling industry is in desperate need of disruption. Recycling plants struggle with the prohibitively expensive costs of properly sorting materials, leaving recyclers in the United States unable to keep up with rising international quality standards. (In California, large recyclers like rePlanet have gone out of business in the last 12 months).

What if there were a solution that addressed both of these problems- one that is poised to encourage sustainable consumer behavior and one that solves the cost crisis in the recycling market?

BottleX (short for bottle exchange) is an app that unifies reverse vending machines into an optimized network of sustainability.

Reverse vending machines exist in a few countries across Europe and Australia, and in an incredibly limited capacity in the United States. The concept is simple: put a glass / aluminum / plastic bottle in the machine, and it distributes you a few coins. The machines check for contamination and sort recycled materials. The leading manufacturer of these machines in Europe is Tomra, a billion-dollar company.

But while they encourage sustainable behavior and reduce recycling cost, the potential of reverse vending machines has yet to be fully realized. That's where BottleX comes in. With the BottleX app, consumers can see where nearby machines are, receive funds wirelessly, and participate in incentives to encourage sustainable recycling of bottles. On the backend, BottleX machines will automatically sort plastics by type, significantly lowering the costs when they are transferred to recyclers and empowering cyclical sustainability.

Key Features of the App

The app contains a few key areas of its interface.

First, there is a GPS-powered Map of where the nearest machine is to a user’s location.

Next, there is a Reader page. This is the core of the app. When a user enters a bottle into a reverse vending machine, the machine displays a unique barcode. By scanning this barcode, users receive credits for recycling. The ease of payment and longitudinal knowledge incentivizes continuing to recycle.

On the Credit page, a user can see the individual credits and instances where they have personally recycled. The user can deposit these funds directly into their Paypal, or, as an added incentive for the charitably-inclined, donate the funds to a select group of sustainability nonprofits.

On their Profile, a user can see their recycling add up as they attain new ranks from One-Time Recycler to Environmental Champion and beyond. This rank becomes tangible, too- the higher rank a user attains, they can receive multipliers to the amount they get paid for recycling. This personal attainment multiplier acts as another incentive.

Finally, on the Leaderboard, users can see how their friends are doing at recycling bottles and keeping their commitment to sustainability. This gamification is an added final incentive.

In addition to incentivizing user sustainability, the biggest benefits of an app-based approach as opposed to the existing coin payment schemes in reverse vending machines is the potential for network effects and scalability.

Machines would be rolled out in high-priority areas first, where plastic bottle usage is frequent and machines are easily accessible. For example, street corners, music festivals, or grocery stores are optimal places to begin building a network of BottleX reverse vending machines. In the United States, differing cash-for-plastic policies and changing rates of reimbursement can be kept up in real time within the app. The more we expand BottleX, the more effective it gets. This exponential network effect makes it incredibly scalable, bolstered by the fact that the business model is profitable and growth-oriented; by offering repayment to users at a slightly smaller rate than BottleX receives for the plastic it transfers to recyclers, it can remain profitable and continue investing in growing more machines, better features, and a larger user base. In the long term, BottleX also has the potential to leverage predictive AI to understand macro-patterns of recycling and what incentives users to act sustainably.

By moving sorting to the source, BottleX significantly reduces costs in the recycling industry workflow as a whole. Recycling companies currently spend significant amounts on anti-contamination to meet the standards required for shipping recycling overseas (particularly to China). By providing these companies with sorted, uncontaminated recycled materials, BottleX can disrupt the recycling industry and make sustainability an economically efficient process.

The biggest challenge for BottleX in the United States is building up infrastructure, particularly the reverse vending machines themselves. Once a machine is built- with a barcode screen and optical scanner to ensure quality and verify material type- it can function indefinitely, but building enough of these machines is important to begin bringing users onto the BottleX platform.

BottleX would likely begin its operations in a state where plastic repayment rates are high- like California. In order to avoid covering the entire state, BottleX would start in a single city, demonstrate its efficacy as a pilot program, and then begin expanding city by city and state by state until its sustainable network empowers recycling across the entire country. 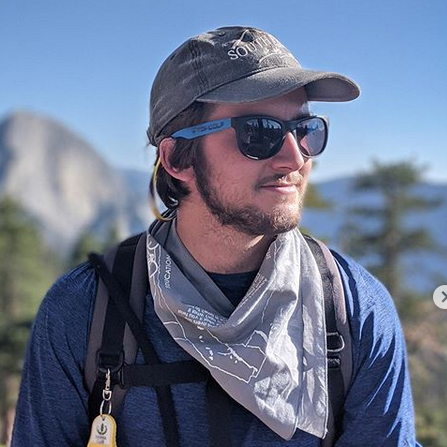