We wanted to allow people on the same website to connect and talk with each other. There is no reason to constantly create new messaging apps and channels and such to communicate with people who are currently browsing the same page as you are (especially applies to hackathons)

Take for example Discord. No one uses it, yet people have questions. Having one extension that allowed people to chat with anyone in the channel would be amazing, lightweight, and efficient.

We built an extension for Chrome using Javascript. The chat is accomplished using the MQTT protocol which holds the backend of the service. We push and pull messages from this server and display them on the popup that is created when the extension is opened. We used JS, HTML, and CSS to design the functionality and look of the UI of the popup and used the material design standard.

Setting up the MQTT server took a little bit of time, and neither of us are front-end developers, so playing around with the JS took some getting used to.

CARM is fully functional on nearly every single website out there, and if we publish it to the Chrome Store, then ANYONE can start using it. It's the first app made at a hackathon that can be published nearly instantaneously after the end of the event for half our team.

We gained a critical understanding of how to setup and work with MQTT servers to handle the storage and push/pull of messages. We also got to work more on our front-end JS, HTML, and CSS skills which is a stark change from the Java/Android frameworks that we have more experience with.

What's next for CARM

We want to be able to send messages that include videos/audio. However this would require us to upgrade from the MQTT service that we are currently working with to something along the lines of Pub Nub, or more. But we accomplished what we came here for, and feel that we can continue to develop this in the future.

Now anyone can Communicate Among Random Masses

It is now also possible to download the crx file from the repo. Just drag the file onto the chrome://extensions webpage 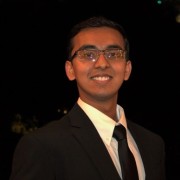 If you would like to try this project out, please clone the repo and go to chrome://extensions. Then, click the Load Unpacked Extension button and navigate to the repo and hit Select. Now, on any website, click the newly added icon to chat with other people on the same website. Happy CARMing!