Anthropogenic climate change is the biggest issue of our time, but products and processes that emit these dreaded "greenhouse gases" are integral parts of our daily lives. As average citizens of the world, it feels like it's impossible to make any visible impact, and all we can do is wait for big tech companies and governmental agencies to come up with technologies and policies that force us to live more sustainable lives. This hack was inspired by a sense of a lack of self-efficacy with regards to climate change.

With Carbonly, you can work within our market-based world economy to buy carbon offsets. Tracking your sustainable activities, Carbonly rewards you with ecoPoints, which can be used to donate to social and environmental justice projects around the world! Now, not only can you make a quantifiable impact on climate change, you can see the worldwide results of your efforts! Each project is updated regularly with its completion status.

Each ecoPoint is worth approximately one cent, with carbon offsets generally being worth between $3.50 and $12 per tonne of CO2e. Partnering with the nonprofit Cool Effect, an organization that finds and monitors carbon offset projects around the world, we are able to use donations from sponsors to match your point donation to a monetary donation. CO2e is short for Carbon Dioxide equivalent, which is the worldwide standard for measurement of greenhouse gas emissions. For example, an emission of 1 kilogram of carbon dioxide is 1 kgCO2e, whereas an emission of 1 kilogram of methane is 25 kgCO2e. This is because, over a century's time period, methane has an effect of magnitude 25x the size of carbon dioxide's.

We used React Native to create the app itself and communicate between our server, stored data, and the user. We stored the data, such as ecoPoints, project names, project descriptions, and overall tonnes of CO2e offset bought by the user in Heroku. Firebase is set up to hold data for the planned applications below, but any method for actual communication is not yet set up.

(Planned, potentially will use a Google Maps API to smartly track transportation methods) Carbonly tracks your movement throughout the day using your phone's geolocation services. Any time you travel more than 0.1 miles in a single movement period, you are sent a push notification to ask whether you walked, biked, bused, drove, or flew. For choosing sustainable options, like walking, biking, and busing, you are reward ecoPoints for reducing your carbon footprint.

(Planned) Additionally, using a SmartHome API, Carbonly is able to track your appliance usage throughout the day. Comparing your electricity and heat usage to your personal history and the average American, you are rewarded ecoPoints for reducing your consumption.

(Planned) Finally, using your phone to measure air temperature and comparing it to the outside temperature of your geolocation, Carbonly rewards you with points for utilizing HVAC systems in a sustainable fashion.

(Planned) Eventually, we hope for Carbonly to be able to host small groups of friends to compete against each other to act in more sustainable ways, winning points from other people in their group for having more sustainable days, weeks, months, or even years!

Our biggest challenge was definitely that none of us had used React Native before. Trying to learn this (albeit intuitive) framework on the fly while also trying to figure out the logistics of our code & project was a constant hindrance. Another challenge was figuring out android & iPhone display, as well as actually seeing what we were doing if some individuals of our team didn't have the capability of viewing the results of their code because they didn't have the correct mobile device.

We learned React Native! We have a working app! So much of it is left unfinished, but it's mostly just APIs that need to be implemented, rather than raw code.

We learned so much about methods of communication before various media of display and storage. (specifically, React Native!) We also learned how to register & log on users with authentication keys! We also learned a lot of smaller things like new syntax, logic applications, and more!

See the planned section above :) 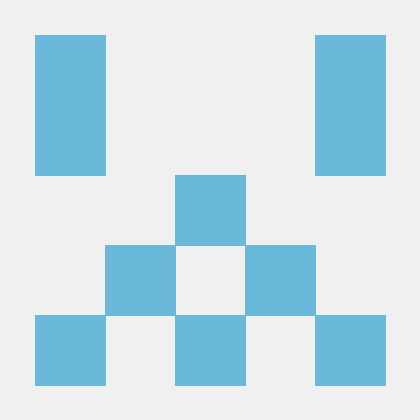