Highway traffic creates a wide range of negative externalities to communities plagued by this ever worsening issue. On average, annual traffic delays in urban areas has increased to between 35-40 hours a year per peak-period traveler. These delays costs Americans alone an estimated 45 billion dollars annually, largely due to time lost through travel delays. Additionally, drivers are significantly more likely to be involved in an accident during high traffic situations and idling in traffic causes increased wear and tear on vehicles. The citywide community also suffers, as congestion increases pollution in nearby areas, interferes with the operation of emergency vehicles, and reduces economic prospects due to the inability of commercial vehicles to easily navigate through the city.

Managed lane strategies are the current state of the art solution to mitigating traffic. These strategies attempt to increase highway throughput by dedicating lanes to certain behaviors. The most common such strategy is the high occupancy vehicle (HOV) lane which imposes a minimum occupancy of persons in the vehicle. Though studies find that such lanes save commuters time and money, such savings are typically not due to more efficient highways but rather due to carpooling. In fact, studies have demonstrated that HOV lanes may in fact worsen traffic. One key reason is that HOV lanes are often underutilized and perceived as a waste of road surface. Furthermore, the utility of the HOV lane scales poorly with an increase in traffic. As overall traffic increases, traffic density in the HOV lane increases until it provides no substantial benefits to its occupants relative to other available lanes.

Autonomous vehicles promise to solve the issue in a way that HOV lanes have failed through the formation of platoons. A platoon is a group of vehicles which maintain constant communication to safely travel at high speeds with very small inter-vehicle space. In addition to improvements in roadway throughput via this behavior, platoons improve the aerodynamic properties and fuel efficiency of the vehicles involved reducing pollution. The theory of platooning is well studied and promises to reduce traffic. However, these idealized methods studied in theory typically fail in realistic scenarios where the unreliability of wireless networks and the natural actuation delay present in control systems degrades the performance relative to the idealized model. In more adversarial conditions, the extra delays caused by realistic wireless networks and the slow response time of vehicles within the platoon can lead to instability within the network. This instability manifests itself as ever-growing oscillations in speed and inter-vehicle distances, leading to even worse traffic and increased fuel consumption.

Car-Tooning seeks to add value to existing platooning research by designing and implementing a robust controller on low quality hardware. This exercise will demonstrate the feasibility and challenges of translating theory specifically designed for non-idealities to a real system. Future stakeholders who would benefit include drivers, cities, and autonomous vehicle companies from the advancement of platooning knowledge. Effective platooning will enable drivers to reach their destination faster, saving them time and fuel costs by reducing traffic in a way no other technology is capable. Cities will benefit from less pollution as a result of less traffic and autonomous vehicle companies implementing Car-Tooning will need to make less significant upgrades in order to a satisfactory level of performance. This decreased cost will transfer to the consumer who will more easily be able to adopt an autonomous vehicle to platoon and reap the benefits of the technology.

Research on robustifying classical control schemes against the aforementioned issues with implementing platooning on real systems is quite common. However, few studies attempt to design a control scheme to handle as broad a range of challenges as Car-Tooning. Guided by the goal of implementing the theorized controller on a real, specific, low quality system, Car-Tooning is a controller designed without abstracting away any of the challenges of online networked control.

Phase one of the project was to design the Car-Tooning controller and gain experience in platooning through software simulation. Phase two of the project will be to implement this scheme on low quality cars and networks and modify the controller to perform in realistic conditions. 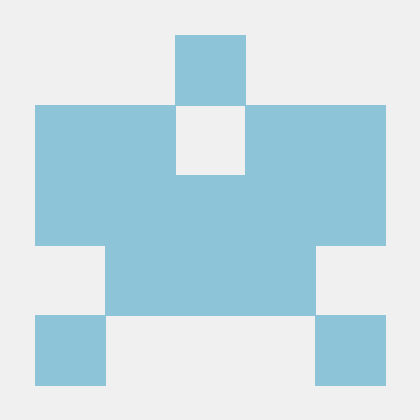