Tech communities characterized by physical space, tooling and memberships such as Hackerspaces, Makerspaces, Fablabs have generally similar requirements for the software to manage their communities.

With a pool of technically qualified and ambitious members with a "just-do-it" attitude this had led to the creation of tens if not hundreds of different management systems for these communities, with varying degrees of completeness. None of the current solutions on the market have yet have come to dominate and establish themselves as a defacto standard.

This creates challenges for new communities when trying to select a system, often resulting in a perverse cycle of creating yet another management system that only sort of works for that particular community.

At an high-level, these are the issues preventing widespread adoption of a single system:

This results in numerous problems, among which:

Frederic Bazin (founder of agora-space.com) and Ricky Ng-Adam (cofounder of xinchejian.com) with the help of Julien Choulet (a new active member and MeteorJS specialist) face these challenges regularly. Being software developers, we've decided to address these challenges by prototyping a new management system. We hope we can ensure continued development by using it as a teaching tool in addition to making it an exciting app for our members and other developers.

Goals of the demo

Some of the questions members can ask are:

In addition, authentication is required to gain privileged access to resources (such as Internet or the space itself) after authentication.

We've decided to focus on:

A sequence diagram explains the flow we aimed to deliver during the hackathon:

Accomplishments we're most proud of

MeteorJS is awesome out of the box:

What's next for CANDRA

We will continue working on the community management system in future hackathons organized at agora-space.com and as a teaching tool for codersfield.com in addition to continuing the development of it as an useful app that can be integrated to our communities. 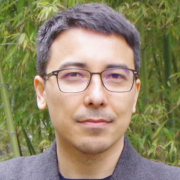