Turns an off the shelf drone into an industrial ready environmental monitoring system.

The first step was building a safety enclosure to turn an off the shelf drone (Phantom) into a drone that can fly in previously inaccessible places such as underground caverns and hallways. Onshape was used to design these enclosure parts and printed using a Makerbot. PVC was used to form the outside cage (inspired by the geodesic dome design).

The next step was to turn the drone into a flying sensor suite. The sensors onboard measure humidity, temperature and combustible gas. The gas sensor is a MQ-4 and is set to tweet out an alert if a certain threshold is reached. A text message and phone call is also sent to a predefined number.

The enclosure proved tricky to get it to the point of allowing stable flight. The Arduino Yun gave a bit of a fight sending out tweets.

Serious progress was made towards the overall vision of swarms of flying robots.

What's next for Canary 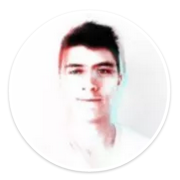