In Canary Mountain, your vision is limited; the fog is thick, yet you can hear the footsteps of creatures circling you. You must listen to the noises the creatures make (growls, footsteps, snarls) to determine which direction they are attacking you from and scare them away with your headlamp. Listen closely and react quickly, it'll keep you alive.

Playing Canary Mountain is simple. The creatures chasing you are afraid of light, and you are wearing a headlamp. Try and predict where the creatures are attacking you from, look in that direction, and tap the Gear VR touch pad to engage your head lamp and vanquish the creatures. Be careful, since your headlamp only has a limited amount of battery, and must recharge before it can be re-activated.

This idea behind this game is using 3D audio (Oculus Audio SDK) as a major gameplay mechanic. You are being attacked from all sides, and since the fog blocks your long range sight, you will have to rely on audio cues to know where to turn.

We are a team of thoughtful developers but aren't visual artists. Our goal with this project is to see how compelling and immersive of an experience we can create without relying on original artwork. 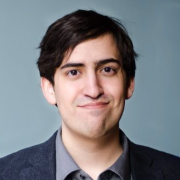