NOTICE: SINCE THE GAME IS MADE ON A TRIAL VERSION OF GAMEMAKER (THAT WE DOWNLOADED THIS MORNING) WE CANNOT EXPORT IT. IF YOU WANT TO TRY THE GAME PLEASE COME TO OUR BENCH

The Dream Team Canadian Problems: A Game For Canadians By Canadians

Name of the project: Canadian Problems

Targeted Audience: Canadians who love maple syrup and who want to protect their home from bears.

Purpose: Be entertained in a humourous Canadian way as well as a simple exhibit a sense of patriotism.

Challenging as it proved, it was very important to us that our entire game be made from scratch. All the sounds including voice lines, the background song, the programming, and the art are completely made by us (for our background song we were certainly inspired by the Canadian anthem though!).

We used Game Maker Studio 2 to create the game. We used various online tutorials to explain certain fundamental aspects of the program, however no tutorial existed for exactly the kind of game we wished to make; therefore, in our game, we combined many mechanics explained in various websites. The programming of the game was our greatest challenge: none of us had any experience programming or coding before this morning. 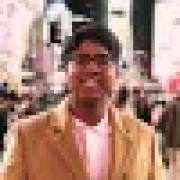