I wanted to make a simple yet enticing game for the iOS app store. Similar to the hit game "Flappy Bird," I wanted to make the games relatively short and challenging at the same time. That's when I remembered a game my classmate made me play on a piece of paper for his psychology class. He had a grid of words, each saying one color but written in a different color. He timed me to see how fast I could go through the entire list. After remembering this game, I decided to make it into an app.

"Can You Color" is a simple game that models the "Stroop test," which demonstrates the reaction time of autonomous processing and visual control.

Written in Apple's XCode program, I created the entire project in Swift. It was mostly a learning process, since it was the first official app that I had created. I used images I bought online as well as sound effects for the game.

Because it was the first app I had ever made, the entire project was a learning process for me. Learning how to create objects without using the storyboard, creating algorithms, saving information to UserDefaults, and using APIs are just a few challenges for me that I had to overcome by myself to create this app.

Overall, I'm proud of being able to create the game and release it on the app store. It's a product of the countless hours I put in into learning and programming, and is the first step in my goal to becoming a professional programmer.

I learned how to code in Swift. I had used Java in the past, but the trouble I had with Swift is just learning its syntax. Once I had learned how it works and how to use it, I was able to create algorithms and display objects on the screen without too much of a hassle.

For "Can You Color," I plan to continue to make improvements to the algorithm instead of simply choosing random colors and text from the array in order to make the game more challenging and stimulating. 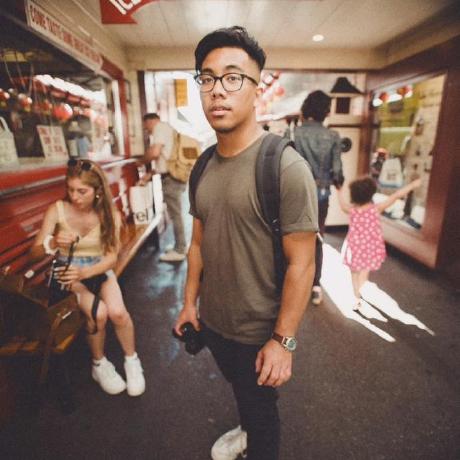