Camelot Race is a immersive MMORPG with mulitplayer quests and minigames. We were inspired by the 5g challenge to make an MMO for mobile devices that allows players to play online and with friends.

Characters can create their accounts, login, and make a character. Afterwards, they can enjoy the world and play the Camelot Race.

The race element is the playable element of the that works. We focused on this because it shows off the 5g aspect best, giving players a game that wasn't really possible or accurate before on mobile.

We built the game using Unity, C#, Unet for networking, and the Android SDK to make it available on Android. We licensed several assets to have the look and feel of a medieval fantasy universe.

We ran into several problems early with the networking trying to run the server on Windows locally. Then we built the server on an aws cloud Ubuntu server. We are still currently working on getting the race to activate from the main world.

We are happy that the game functions and that multiple players can play together using one server using many devices. We are proud that the Camelot Race showcases 5G and how it can improve videogames on mobile devices.

We learned a good amount about networking in Unity and how the network manager object works in Unity. Also the latency differences between wifi, 4g LTE and 5g.

What's next for Camelot Race

Add more minigames like dodge ball, fighting games and multiplayer challenges. Clean the UI so that players don't get lost at the main menu. 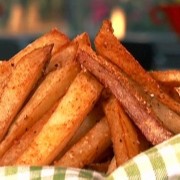