Overview Digitalization of financial services has become an integral part of the economy in developing countries especially in india. Successful financial inclusion has to be made at the customer level. By using our project the reach and digital financial traffic increases at least by 20 percent. Our service can cover upto 75 - 80 percent of the existing financial transactions. Goals Voice assistant for making upi based payments.payments more fun and interactive. Toll free number enabling users to perform upi transactions offline. Quizzes and voice notification to educate the user about the services. Specifications We make a service i.e chat-bot which listens and understands the user intention and tries to full-fill the need in terms of making payments. We make a tool-free number which enables users to perform all upi based transactions even offline. Milestones Chat-bot We make chat-bot using aws lex nlp, which has the required skills to understand and perform upi based transactions. Name : callPay bot Toll-free number We make a toll-free number with chat-bot as an end point to address all the issues and even make upi based transactions offline. Number : +1 866-803-6498 Features Voice assistant Chat-bot has the ability to respond to user voice. Hence almost all transactions can be made through voice commands. Bot constantly listens and converts the speech to text and performs necessary transactions. Once the transaction completes the acknowledgement is also provided in the form of voice. Offline upi transactions Offline upi transactions are possible with the toll-free number. Even when there is no internet connection to the mobile or internet is fluctuating, They can make a call and then the payment or transaction completes. As this is done solely on phone networks, they don’t require the internet. Voice notifications User receives a voice notification every time he receives a payment. We can extend it to notify with voice for any transaction done. But currently we implemented voice notification features similar to “paytm sound box”. Note : We made voice notifications translated from english to hindi. Quiz Upi and app based quiz, where the questions are based on app features, details, limits, working procedure and offers. There are levels based on usage and difficulty. User clears the questions and receives rewards in the form of cashbacks and directly prize money. By this feature we increase app usage, user engagement and eventually awareness about the app feature. A small survey done with random 10 different people using upi based payments app. We found 80 percent of them interesting and curious about this quiz feature. Multi-language support We can support almost all main regional languages including Hindi. By using relevant translators we can easily shift and lend support or service in any other language.

Noise cancellation When a user speaks, the background noise gets cancelled and vocal features of the voice of the user are enhanced for accurate and quick responses. Note : Right now we are using aws lex for speech to text functionality. By default some level of this feature is implemented. Impact of callPay Impact on existing users Existing users can use callPay and can be able to make an upi transactions even without the internet and while driving in addition to existing ways using the internet. This increases the total number of transactions by at least 25 percent. The Quiz feature even engages the users with more usage and awareness of the features. By rewards and tasks in the quiz there is an increase in app usage manyfolds. With reference to google pay sticker collection feature introduced in october 2019 increased the usage of it by 27 percent. Hence we claim an increase in usage of app by around 25 percent. Impact on new users Adding new users is made with an ease with callPay that assists the users in regional languages. We facilitate users of age group 35 to 55 for easy registration and handsfree upi transactions. Hence additional 10 to 15 percent of total population can be able to join the app with callPay. Impact on metro cities Among the total upi transactions around 64 percent of transactions happened in metro cities as of august 2019. Though there are many situations where a user was unable to make a upi transaction for example while driving , without proper internet. We solve the problem with toll-free numbers and featuring users to make transactions handsfree. Hence there can be increase of additional 5 percent of upi transactions and eventually reflect the digital usage of the paySa app with callPay Impact on rural 35 percent of total population in rural india using smartphones are more likely to use our paySa app with callPay due to the handsfree regional language upi payments feature and with toll-free numbers facility. The ability of making transactions even at fluctuating internet is Unique Selling Point for users. Hence we claim an increase of 25 to 35 percent of total upi based transactions with callPay. Impact on merchants On the total of 672 million upi transactions in the month of January 2019. Not more than 14 percent i.e around 100 million transactions are of merchant transactions. According to Sajal Bhatnagar, vice-president, business at Paytm, There is a need to solve merchant use-cases and needs that has potential for improvement in total upi digital print. So paytm has launched a sim-card enabled sound box for a one-time deposit of Rs: 700 and then Rs: 50 every month. We at callPay provide the same feature without any additional cost in regional language. Hence we can claim an improvement of 14 to 20 percent of upi digital print from realme Paysa app with callPay enabled. Overall impact Hence on a whole, considering previous upi transactions and realme mobile usage. There would be at least a 20 to 25 percentage increase in usage of paySa app in terms of both registered users and in usage hours.

User onboarding A new user can be registered to the UPI gateway by calling the toll-free number as stated above. If he already had an UPI registration done. He can directly use the services by calling the number. Steps of onboarding (Registration) User :: User calls the toll-free number Welcome to callPay! This app is made by team YeshwanthsAI. You can send money or play a quiz here with your voice. Isn’t it fascinating! :: Bot User :: “I want to send money but before that I want to register for callpay.” Hi suraj. You have registered for the following banks SBI with 1023 account last four digits and HDFC 1204 account last four digits. :: Bot User :: Register with HDFC bank account. Sure. A otp is sent to your mobile. Please say it. :: Bot User :: otp is * * * * * * Please say or enter a four digit number to set it as your pin. :: Bot User :: * * * * Congrats. You have successfully registered. Do you want to check me for other features like sending money or even you can play quiz with me. :: Bot

Note : We extract the phone number without the user explicitly saying it and then make an api call to get the registered bank details. Mobile app integration This service can be integrated with any of the existing UPI based payments apps like GooglePay, PhonePe, BHIM etc. When a user clicks on the button, a phone call will be placed to the toll-free number. This way is more secure, As the relevant api keys are extracted from the mobile encrypted storage from the app. Payment flow When a user calls the toll-free number from his registered number, the chat-bot addresses with relevant prompts for getting required details for making a payment. Then back-end system powered by aws makes an secured api call to complete the payment and acknowledgment is given to the user Flow / Steps for payment Step1: User calling a toll-free number or connecting to our voice assistant. Step2: User says “I want to send 1000 to phone number 9874563210 Step3: User gets the prompt to say his pin number. Step4: For another stage of authentication, User is asked to say his last four digits of registered aadhar card number or his voice token. Step5: Once all the required details are collected the back-end engine makes the payment Step6: User is given the acknowledgement of the payment like “You have successfully send 1000 rupees to 9874563210” Use cases Use case 1 :: Making upi based transactions while driving. Use case 2 :: For making upi payments in their own language. Use case 3 :: Making a voice notification in regional language once after the payment. Use case 4 :: Making upi based transactions offline. Use case 5 :: Making upi based transactions through a phone call. Use case 6 :: Integrating with existing voice assistants like Alexa, Siri, Google Home. Use case 7 :: Adding money to existing e-wallets like ola uber zomato big basket. Use case 8 :: Block/Unblock the card if lost associated with the account. Use case 9 :: Information about last transaction was successful if yes to whom it was done with what amount Use case 9 :: Making bills and recharges.

Use case10 :: Reminder for mobile recharge on next month(financial decisions by analysing habits)

Use case 11 :: To enquire and get to know the bank savings/current account balance with the associated card. V. Rapid reprompts Even when the user response was not captured correctly, bot remains in the same state and prompts again till it gets the required information to complete the task and then completes the transaction. Typical conversation to show that they didn’t really understand the speaker like “What was that?” “Say it again?” “I’m sorry?”

Additional security features Voice recognition: ( Voice tokens ) We authenticate users with some voice tokens. To make it a bit fun and interactive, We ask him to repeat a tongue twister or ask him to sing a song.
Face recognition: We use face recognition. We recognize him with his smile. Technology specifications Toll-free number :: +1 866-803-6498 Chat-bot :: callPay Security :: Aws authentication IVR system :: Aws connect Chat-bot engine :: Aws lex

Note: Presently for the demo purpose, we use US region toll-free number. Once the project goes live we use the local region toll-free number. Additional details The present paytm speaker feature is implemented with additional speakers. We will be implementing the feature with no additional speaker. These features can easily be applied to Iot devices like smart watches, smart tvs etc. Personalization We add soothing and relevant music to make it more fun and realistic. Use case 1: For Quiz: User would be asked to answer couple of questions
For Correct Answer Sounds : “Claps and celebrations” In Correct Answer Sounds : No noise .Encourage the user to never mind and take up the next question. Use case 2: Greeting the user: While opening of the application will greet the user as per the time as Example : If time of app opening is from 5am- 11:59am the greeting would be “Good morning Eric” with Music : Chirping of birds

Use case 3: For notification : Voice : Congratulations Eric one thousand rupees was transferred to your account from Varun. .Any more help required Eric ? User : No Voice : That’s cool I guess you are driving the vehicle . Am I right? User - Yes Voice : Oh okay just to remind you. Please fasten your seat belt. Have a safe trip Eric. Cya.!! Summary We make payments more fun and realistic. We give pleasure some experience at each payment. Finally make financial inclusion as much fun as possible. 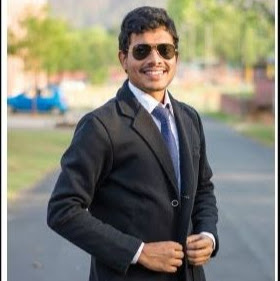