Every year 650,000 people are released from the criminal justice system and must reintegrate back into normal society. Prisoners are released with a Prison ID card and additional paperwork regarding their release, but these ID cards do not qualify as proof of eligibility for work on I-9 forms. Similarly, most housing applications will not accept such forms of identification. Some jurisdictions have enacted policies wherein one can directly exchange their prison ID card for a California state identification card, but even this still requires the released prisoner to delay their reintegration until finding and visiting the correct office to complete this exchange. Such barriers to becoming a successful member of society upon release can have a distinct increase in recidivism and a vicious cycle of interactions with the criminal justice system.

This issue has been further exacerbated over the past year due to complications of the COVID-19 pandemic. Due to the virus running rampant through the criminal justice system, many municipalities called for the release of non-violent or low-level offenders to decrease inmate density and slow the spread. This put many more people into the situation I described before, thereby increasing load on the government offices that oversee this licensing. Social distancing guidelines pushed many of these services to focus on online operations. Although this may be positive for the general populace, this disproportionately affects those who were recently released and often do not possess their own internet connected devices and are likely to rank lower in technological literacy.

Our project is a simple, accessible web application that guides those exiting the criminal justice through the process of obtaining their California State ID or Driver's License. The question flow dynamically adapts to the user's answers and provides them with actionable steps to procure the identification that best suits their current situation.

The questionnaire is generated by a fantastic library called SurveyJS that allows for the creation of beautiful, dynamic question flows that emphasize a superb user experience. This technology is complemented by an incredibly robust development environment for designing flows on the Survey Creator. Not only is this tool capable, but also simple to use. Laws and policies can change frequently and the Re-Entry ID application is only useful if it can be adjusted accordingly with ease. The application's backend is built upon the similarly agile Flask web server framework to generate dynamic, succinct instructions that can be exported for the user's convenience.

It became clear to us early on that the superficially simple process of applying for or renewing a state ID would require nearly 20 possible guiding questions that manifested in over 100 possible situations to be implemented. This problem was heavily influenced by the convoluted distinction between REAL/Standard variants of Driver's License/State IDs, amongst additional discounts for seniors, low income, and homeless applicants. This web of administrative hurdles is difficult enough to parse upon close inspection and makes it clear how much the experience can be improved.

We engineered a solution to the satisfied the criteria described in the project specification. Our tool efficiently implements all available logic in a concise and easy to understand manner. The use of SurveyJS's toolkit will allow rapid development of additional flows when the laws inevitably change.

We learned that there is a significant need for not only a single tool, but a powerful development workflow for the creation and deployment of legal technology.

This idea and technology basis will be extended to additional challenging legal hurdles for released inmates in the state of California, such as the similarly convoluted record sealing and expungement process. After this process is done, we believe that the idea could be expanded to the rest of the country in a short amount of time. We also hope to take this idea to the public within the next few weeks to touch the lives of as many of those who need it as possible.

Our team consisted of two Computer Engineers and a Law student. Ekam's Law and Political Science background was integral in our ability to synthesize the data available to us in creating the most accurate the effective application possible. Connor and Jay's experience in developing web applications allowed this application to not only be robust, but also elegant at the same time. The diversity of experience and thought processes was integral in the out-of-the-box thinking necessary to create this wonderful final product. 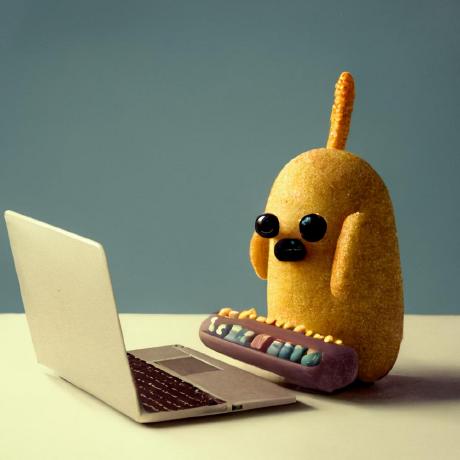