If you like what you see, vote for us!

Based on the tagline, it's probably clear that National Treasure was a huge influence on this project. This classic masterpiece took the American history that we learned and revealed a intertwining story hidden behind its most famous artifacts.

Our goal was to emulate the experience of solving puzzles and discovering hidden pieces of history for visitors of the Philadelphia Museum of Art (PMA). The PMA has a beautiful collection of American artwork and we wanted to build a story around these pieces. We also wanted to create a story that could scale to multiple adventures throughout various galleries or even the entire museum!

When evaluating technologies, we felt that augmented reality (AR) was a perfect fit for this experience. This allows our users to be fully immersed in the game while still enjoying the wonderful collection of curated artwork around them.

“The identity of the original found objects give way to a new work of art.” – Dina Wind

Just like Dina took unassuming objects and transformed them into stunning sculptures, we challenged ourselves to breathe new stories and experiences into the exquisite pieces found in the Philadelphia Museum of Art.

After turning on the AR-T, you notice two pieces of paper in your digital inventory.

One is a acceptance letter into a secret society, called The Artists. You learn that throughout history members of this group have hidden secrets and clues in their works of art. Before you are accepted into this society, you must uncover their secrets by tracing clues back in time.

The other is your first clue.

In this game, you'll be given clues that lead you to paintings, where you'll find another clue that leads to...yep, you guessed it, another painting. The clues range from puzzling riddles to clever limericks. When you "solve" the clue and find the painting, you'll scan it using the AR-T. Your next clue might be written in invisible ink or layered behind the painting - all of which the AR-T is capable of processing. You win the game after scanning the final painting, revealing a secret of The Artists.

The story we crafted links a New World immigrant artist to his grandson-in-law painter, then to his student, and so on. It features prominent contemporaries who worked and lived in Philadelphia, Pennsylvania between the 1750's to the late 1800's.

DISCLAIMER: We've intentionally left out specific details regarding paintings and artists featured in the game. Since this is a puzzle game, we wanted to avoid spoilers as much as possible. ...Kinda makes you want to play the game, huh?

We built AR-T using Unity and ARToolkit, since we had experience using both. We extracted unique features from each piece of artwork allowing the AR library to distinguish them. Then we designed the UI and workflows and imported them into our Unity project.

To weave our story, we researched paintings (aka. reading gallery labels and Wikipedia) that were available to us. An Elasticsearch index and Kibana dashboard made navigating the information a breeze. Our goal was to find artists that were linked historically, crafting a narrative and brainstorming clues that linked American artists working in Philadelphia.

We then devised clues that linked each painting together using different AR effects and iterated on them based on feedback from our friends. Finally we play-tested our game with random strangers in the museum, which gave us some great ideas on improving the game.

The rest is history (and magic).

We had a hard time getting a cross-platform iBeacon library to work in Unity. Our original plan was to use the location data to keep users in the right area, as a clue (think radioactivity locator), and to dynamically load AR data based on the closest galleries. Though, in the end, we decided it wasn't critical.

Oh and time. We lost track of that really quickly.

Sooooo much about American art!

Fun fact we learned: Did you know Gilbert Stuart (who was almost featured in our game) painted The Athenaeum, an unfinished portrait of George Washington, in Philadelphia? So what, right? Wrong! It's the portrait portrayed on the US one dollar bill!

Over the course of the project we brainstormed a ton of ideas, but didn't have time to implement them all. Here's some of our favorites:

What's next for Team Cage

After the hackathon, Joe and Nick will continue to be BFFs. We'll be on the lookout for opportunities to share our creative vision, as long as we can shamelessly promote our favorite movies. This hackathon was a great experience for us to work together outside of work and network with the Philly tech scene, so I'm sure we'll try another one.

As for Nic Cage, I'm sure he's off making a least three timeless blockbusters. After all, he is the real National Treasure.

While many believe it stands for "Augmented Reality Tablet", it was really just bad word play on "AR" and "art".

Yes. All of the above. 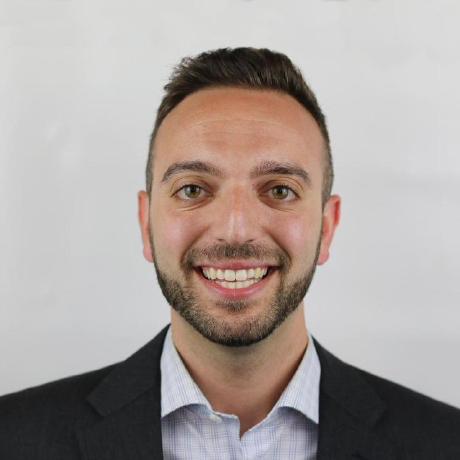