Pose-estimation algorithms have improved exponentially in runtime and accuracy. Because of this, classifying movements quickly is much more feasible now that it has ever been. In other words, given a video of any person, we could classify his or her actions without the need for external hardware like a Kinect or Wii Sensor. There are several applications to this. For instance, one may be able to measure the harmful movement patterns of a human being. Imagine being able to control devices with your movements.

The application records a dance performed by

The building of our application spanned across phases beginning with discussion of ideas amongst like-minded people followed by Brainstorming. The application contains a front-end developed by Android Studio that records the learner's dance video and stores the recording in Google Firebase followed by an application layer built on REST API using Flask that performs pose estimation on videos and scores cosine similarity of dance movements based on Time Dynamic Warping.

Starting out was indeed a challenge, but we overcame it by challenging each other's ideas. Major challenge was in comparing videos, which are impacted by their temporal characteristics and we overcame it by using Dynamic Time Warping concept for continuous temporal signals and integration of data stored in Firebase with application instance in Google Compute Engine, which was overcome using REST API using JS and Flask. 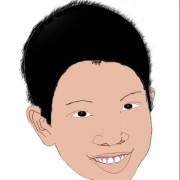