We wanted to learn Python and we are highly political (sorry if you are genuinely a Trump supporter). Why not learn by using the Pygame library to build a basic game, and do some sentiment analysis of his tweets to determine how bullshitty they are?

You play a basic brickbreaker game with Donald Trump's head as the ball and a word of his bullshittiest tweets as the bricks!

-We were able to produce a game, use the Twitter API, do basic sentiment analysis, and use the Firebase API all using Python - not bad !

-Pygame library is not as cool as we thought, but still easy to use and a lot of documentation -Sentiment analysis is highly nuanced -We want to learn more about databases ...

What's next for B.S. Breaker

We want to take it to the next level - LITERALLY. Adding new levels, making the graphics sexier 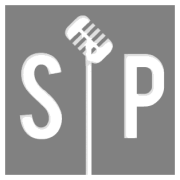