Social anxiety affects hundreds of thousands of people and can negatively impact social interaction and mental health. Around campuses and schools, we were inspired by bulletin boards with encouraging anonymous messages, and we felt that these anonymous message boards were an inspiring source of humanity. With Bulletin, we aim to bring this public yet anonymous way of spreading words of wisdom to as many people as possible. Previous studies have even shown that online interaction decreased social anxiety in people with high levels of anxiety or depression.

Bulletin is a website for posting anonymous messages. Bulletin's various boards are virtual reality spaces for users to enter messages. Bulletin uses speech-to-text to create a sense of community within the platform, as everything you see has been spoken by other users. To ensure anonymity, Bulletin does not store any of its users data, and only stores a number of recent messages. Bulletin uses language libraries to detect and filter negative words and profanity. To try Bulletin (https://bulletinvr.online), simply enter one of the bulletin boards and double tap or press the enter key to start recording your message.

WebVR, or Web-based virtual reality, allows users to experience a VR environment within a web browser. As a WebVR app, Bulletin can also be accessed on the Oculus Rift, Oculus Go, HTC Vive, Windows Mixed Reality, Samsung Gear VR, Google Cardboard, and your computer or mobile device. As the only limit is having an internet connection, Bulletin is available to all and seeks to bring people together through the power of simple messages.

We use the A-Frame JavaScript framework to create WebVR experiences. Voice recognition is handled with the HTML Speech Recognition API.

The back-end service is written in Python. Our JS scripts use AJAX to make requests to the Flask-powered server, which queries the database and returns the messages that the WebVR front-end should display. When the user submits a message, we run it through the Python fuzzy-wuzzy library, which uses the Levenshtein metric to make sure it is appropriate and then save it to the database.

Integrating A-Frame with our back-end was difficult. A-Frame is simple of itself to create very basic WebVR scenes, but creating custom JavaScript components which would communicate with the Flask back-end proved time-consuming. In addition, many of the community components we tried to integrate, such as an input mapping component, were outdated and had badly-documented code and installation instructions. Kevin and Hamilton had to resort to reading GitHub issues and pull requests to get some features of Bulletin to work properly.

We are extremely proud of our website and how our WebVR environment turned out. It's exceeded all expectations, and features such as multiple bulletin boards and recording by voice were never initially planned, but work consistently well. Integrating the back-end with the VR front-end took time, but was extremely satisfying; when a user sends a message, other users will near-instantaneously see their bulletin update.

We are also proud of using a client-side speech to text service, which improves security and reduces website bandwith and allows for access via poor internet connection speeds.

Overall, we're all proud of building an awesome website.

Hamilton learned about the A-Frame JavaScript library (and JavaScript itself), which he had no experience with previously. He developed the math involved with rendering text in the WebVR environment.

Mykyta and Kevin learned how to use the HTML speech to text API and integrate the WebVR scenes with the AJAX server output.

Brandon learned to use the Google App Engine to host website back-ends, and learned about general web deployment.

What's next for Bulletin

We want to add more boards to Bulletin, and expand possible media to also allowing images to be sent. We're looking into more sophisticated language libraries to try and better block out hate speech.

Ultimately, we would like to create an adaptable framework to allow for anyone to include a private Bulletin board in their own website. 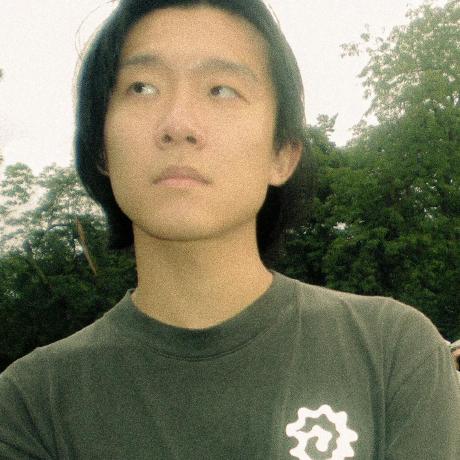