From the last year up until now, crypto has gained more popularity and adoption than ever. With the rise of cool new incredible technologies, the development of blockchain-powered applications is now pushed much further compared to a few years back, thus gaining large mainstream adoption. But there is one problem, since there are much more users now, old blockchain networks either face heavy congestion issues or unreasonable gas fees even just for simple tasks. There are fast and gas-efficient networks out there being built today, notably Polygon, but we believe its scalability should also even be pushed further for the best user experience possible, that's why we chose to build Bullet Network as a solution.

What is Bullet Network?

In the most abstract form, Bullet Network is a layer 2 network built on top of Polygon used for fast and cheap payments. That means it inherits all of Polygon's security and decentralization, while still being performant and scalable. Furthermore, we chose to make Bullet Network an optimistic rollup, which is a battle-tested and powerful technology for scaling up.

Special technology of the Bullet Network - an Optimistic rollup

As a layer 2 network, Bullet Network functions by moving state data off-chain but still keeps some data on-chain to inherit security from the layer 1 and keep generality, something that only rollups like Bullet Network can achieve in comparison to state channels and plasma chains.

Transactions in Bullet Network are highly compressed, weighing around 84 bytes per transaction. Periodically, they are packed into a batch, which is then stored on-chain along with a root from those transactions and a state root generated from the new state. Users will then transit state based on the transactions stored on-chain. To highly optimize the process, the batch is stored in calldata, which is much cheaper than storing in storage.

To prevent faulty batches from being submitted, Bullet Network utilizes a fraud proof system. Basically, when a bad batch is sent to the layer 1, special participants of the network called validators will then submit a fraud proof to revert the fraudulent state, punish the submitter and get some rewards for himself. A fraud proof would contain the old state of which authenticity is achieved by checking against the previous state root, then the contract would perform a state-replay and get the root of the new state. If the state root generated is not equal to the state root that was submitted before, then the batch is fraudulent.

But there would also be a limit on how batches can be submitted, if anyone can submit a batch, then the state will break casually, thus, we need another kind of participant to submit a batch which is called "sequencer". Sequencers will be the ones to take the transactions and pack them in a batch which is later submitted on the L1.

How efficient is Bullet Network?

Being an optimistic rollup, a Bullet Network's transaction only costs about 3000 gas, while a normal transaction would cost 21000, so that is a seven-time improvement in gas efficiency.

Conceptually, we first spent a hard time doing research, thinking of the possibilities, and then finally ended up with a simplified implementation of Bullet.

Technologically, thanks to Polygon's support for the EVM runtime environment, we can build Bullet's contracts using Solidity - a language that we are familiar with. In addition, we also used Javascript/Node.js to build the client and the RPC server for Bullet.

Layer 2s and rollups specifically are still fairly new technologies in the space which are still being developed and improved by top-notch researchers and engineers day-by-day, so it is already really hard for a small team of two people like us to bring out the best possible result, but we also had done the project in just four days.

Again, scaling in blockchain is not at all an easy task, and the complexity of rollups is even bigger. We are fascinated and proud because after all the hard work, we finally got an efficient, seven-time-cheaper-fee layer 2 network.

Through this hackathon, our team has learnt how to properly manage our time and workflow, as well as knowing how to work as a team.

In addition, we get to understand more about the Polygon ecosystem, and figured out ways to utilize it for our project.

How we utilized the Polygon ecosystem

As mentioned above, with Polygon's EVM runtime environment, our smart contracts can be written using Solidity which we prefer most, so it helped our development experience fun and enjoyable.

But that's not all, being an already decentralized, fast, and efficient network, Polygon helps push Bullet Network's potential even further, which we believe is the greatest value we have gained building Bullet Network.

Impacts on the Polygon ecosystem

What's next for Bullet Network

We are looking forward to further improve and optimize Bullet Network, so from that, we can bring cheap, efficient, scalable transfers not just on our network, but also on Polygon, leveraging performant transactions with high security and decentralization. 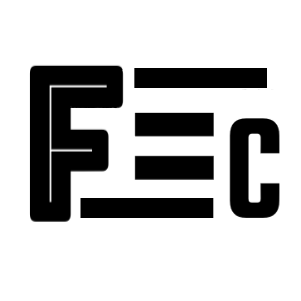