We wanted to improve the performance and efficiencies for Development Teams. We were looking to increase development performance by loading build status requests and trigger new builds, using a self-service setup. This led us to build a new Alexa Skill; We call it Build Meister.

Get Last Build Status This query retrieves the last build status from the project key provided in the CI Proxy service. If the build plan is not specified in the config file, then Alexa would provide the user with options to choose one of the build plans.

Get Last Successful Build This query retrieves the last successful build from the project key provided within the CI Proxy service. If the build plan is not specified in the config file, then Alexa would provide the user with options to choose one of the build plans.

Trigger New Build Triggers a manual build in the plan.

One of the main challenges that we ran into, was that we decided to use the Serverless Framework to setup our Alexa Skill, as well as the API Gateway and Lambda connections. During the setup of the API Gateway, we chose to use Lambda as the integration point from API Gateway instead of lambda-proxy. This meant that we were required to setup some items manually within the API Gateway to allow the requests to work. This caused an issue when we tried to move the project from our AWS Dev account to our Production account. We had to duplicate the manual steps instead of being able to do it with Serveless' CLI functionality.

Previously, all of the Lambda functions were created manually by compressing and uploading through the Amazon portal. Most deployments for this project were automated using a Serverless Framework, which saved us a tremendous amount of time, and helped us manage all of our different environments.

We learned to manage our infrastructure in Amazon (as code), using Serverless Framework technology.

What's next for Build Meister

The future of Build Meister is endless. To start off, we want to extend support to more CI tools (other than Bamboo and Jenkins), and add deployment functionalities. 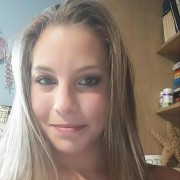