Sometimes we have a great idea, but we don’t have the skills or resources on hand to make it a reality — there’s an app that we really want, but just can’t build. Often there are actually developers in the community willing to help out; it’s just too hard to connect with them. Build:Boston aims to change that. It’s in part an app catalog, in part an ideation platform, and in part a project management tool, but at its core, it is a network of community-members and developers — connecting those with a concept (anyone) with those who have the know-how to turn concept into a creation (developer). The platform not only enables collaboration and project development, but also features completed apps, built in Boston for Boston. And, on top of all that, the project was also built from the ground-up to be deployable in any city — not just Boston. 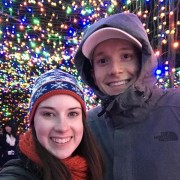