After several weeks/months of lockdown, it is everyone's aspiration to resume normal social interactions. However a sudden and uncoordinated resumption of such activities could trigger secondary waves of contamination, as the virus is still present.

Bubbles is an open-source, participatory, consent-based tool that supports government control efforts for social distancing, syndromic surveillance, contact tracing, and tailored communications. It facilitates early detection and rapid response, and is privacy centred. It can be used on both smartphones (native apps) as well as any web browser (web app).

Heightened use of technology gives rise to privacy concerns and community uptake is dependent on trust of authorities – public opinion in Europe is currently polarised. To alleviate common user concerns, Bubbles does not use geo-tracking.

Users create a virtual bubble by choosing a few people they decide to resume normal social interactions with. Every time they meet someone from their bubble, they manually log it in the app. No automatic tracking technology is involved. If a user develops symptoms, after following a quick questionnaire, he can decide to anonymously warn his bubble (orange alert). The user may also indicate a positive test result for virus infection. In that case, he pops his bubble (red alert). In both cases, the information is anonymously passed on to other potentially affected bubbles where users might be at risk. An algorithm calculates potential transmissions based on the chain and timing of encounters between users, and the date of symptoms onset. The exact workings of the algorithm are yet to be determined, but shouldn’t involve too complex calculations. A green situation can be resumed when the user gets better (the bubble is reset), or it has been determined that their symptoms were not related to COVID-19.

Contact-tracing and similar apps are only effective if they are used by a lot of people. We believe our solution promotes massive adoption because it removes as many pain-points from the user’s perspective by relying on:

The project was initiated in late March. The initial idea has been refined over the course of last weeks as well as during the french edition of the #hackthecrisisFR hackathon movement. The european #EUvsVirus hackathon that took place April 24-27 allowed us to:

Bubbles fits into the coordinated fight against SARS-CoV-2 and supports government effort through:

Users list their close contacts. Close contact can be defined according to local risk assessments, but as an example could be face-to-face contact within 1 meter for >15 minutes, or staying in the same close environment (including sharing a workplace, classroom or household, or being at the same gathering) for any amount of time. This supports policies in countries (e.g. Belgium) where a limited number of contacts is recommended. Users are informed that to protect their ‘bubble’ they should use protection (distancing, consistent mask use, and regular hand washing). This provides an incentive for individuals to follow social distancing guidelines – to protect the people that they care the most about.

Users register themselves as positive or negative to syndromic surveillance definitions for COVID. The prototype uses WHO case definitions for Influenza Like Illnesses (ILI) and Severe Acute Respiratory Infections (SARI) but this can be changed to a COVID-specific symptom list and modified over time to meet the national/international standards as they evolve. Public health authorities gain a picture of the symptoms in the community and can use this as an early warning system to enable a rapid response through communications (e.g. reminders to social distance) and heightened control measures (e.g. restrictions on movement). As some users will opt-in to enter location data such as a venue they visited, this will enable identification of geographic hotspots, enabling a more granular, location-specific response.

Users that could potentially be at risk (e.g. met a contact within a period 2 days before and up to 14 days after the onset of symptoms) will be alerted with communications to help prevent the spread of infection (e.g. heightened awareness to ensure consistent mask use and handwashing). This information could be shared with local authorities on an opt-in basis. As an added layer, to improve sensitivity/specificity, users could register if they are confirmed virus positive or serological positive for antibodies.

On the back-end of the system, if users choose to anonymously share this information, they can be grouped according to symptom status and date of onset. This enables bulk messages to be sent to groups of individuals that are tailored to their specific needs. This could, for example, include follow up messages to those who are symptomatic providing guidance on what to do in the case of worsened symptoms; and reminding them to change their symptom status if they recover.

The current roadmap for the project includes the following steps.

Bubbles could be used during outbreaks of other diseases or to help prevent other waves of the current pandemic. 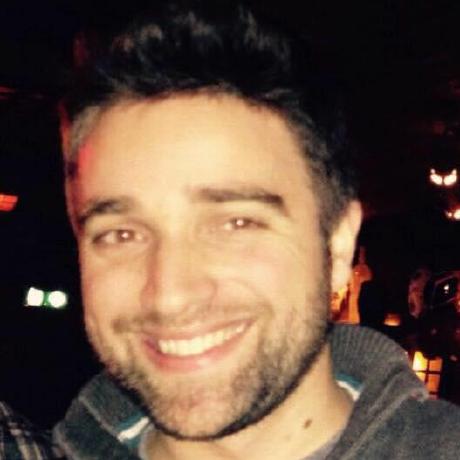