We started off with a medical application to be put on blockchain but came across a much more fun, much more crazy idea! What is this winning idea you ask? Let me explain. We know a lot of people that love to b.s. casually, so we wanted to build an app to hold them accountable. Thus BS Chain was born! BS Chain allows individuals to put their money where their mouth is, get rewarded in return and shame those who deserve it.

The web app allows a user to login with their Coinbase credentials, record their friend's BS arguments. The argument is recorded on the blockchain and a betting round is opened. Nearby friends can chime in and bet on the validity of the BS using an invite link. The fact is validated and the winning parties are rewarded with a handsome payout.

Sukhpal I worked on the back end of the project creating the required endpoints and track the user data. I also worked with IBM Hyperledger to include blockchain technology.

Hussain I worked on the front-end of BS Chain. The sexy design you see in front of you is only made possible by yours truly. I used a Nodejs and Express backend for serving the client side Vue.js application. State of the application is handled using Vuex, a Flux based philosophy of managing application state. I also through the app on a t2.micro AWS instance and pointed the domain's A records to the webserver. Speech to text was also implemented using the new web Speech Recognition API.

What's next for BS Chain

We are trying to extend it to support: 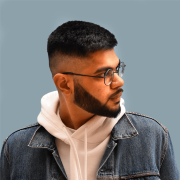