Brandeis Confessions is a popular facebook page where people can post anonymously about Brandeis. The anonymity is important for facilitating a discussion where people aren't afraid of discussing potentially controversial topics. I wanted to create a similar site where users could not only post anonymously, but also reply to other posts anonymously. The site would be moderated to remove inappropriate posts. The anonymity feature would also enable users to seek out help and advice related to issues which they don't want to become public. 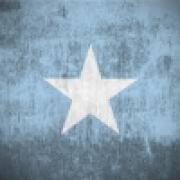