We wanted to create an immersive and innovative experience accessible to everyone, including disabled and injured people with limited body movement.

Connecting and live streaming data from the headset to a python script and then to Unity was a real challenge. Identifying the emotions only with the brain waves was very hard. We first tried to interpret the Raw EEG signals and their variation as we tried to feel different emotions but could not come to a simple formula/threshold, which is understandable given the limited timeframe we had and the complexity of electroencephalogram analysis. To solve this problem, we used the 'Performance-Metrics' data transmitted by the Emotiv PRO app to deal with the user's emotion.

We are very proud of us having pushed through, even when though it seemed impossible, having made a game that interacts with your brain and emotions is really cool!

We have learned that linking different hardware components and computer languages is challenging but doable. A lot of trial and error is required, as well as patience, but perseverance! We've learned more about how our brains work as well.

We want to create a more accurate version of it (by implementing some AI for EEG analysis), with more emotions, and a more complex and complete video-game. 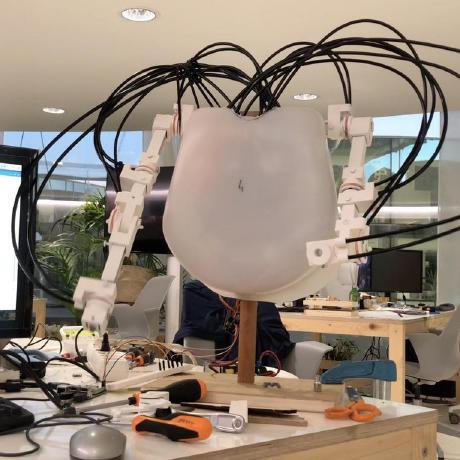