Sometimes, when you are laying in bed watching netflix, using the touchpad on your laptop is simply out of the question. We knew there must be a better way, so we made one.

Currently, our software utilizes the gyroscope of the Emotiv Insight to detect a left or right head-shake. With this gesture detection, the user can tell the computer to switch to a new video.

We greatly underestimated the difficulty of working with the Emotiv API. We were unable get the python wrapper working, and it took a lot of effort to get the java wrapper working. We also found it difficult to work with various Emotiv applications such as the control panel, which stores user data to calibrate the device and converts the raw data to mental commands specific to the user. Because of this, we were not able to move ahead on emotional state detection and mental commands.

Future applications for brainSurf are as vast as one's imagination. The near future include use of the z-axis gyroscope and magnetometer to videos when the user looks away from the screen. The more distant future applications for the app are to increase the range of control for the user, and supply valuable data for website hosts. 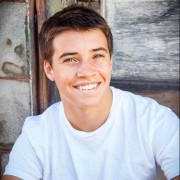