Our insane brains. And a random love of brainfuck. They don't mix well together.

It's Tetris*. Seriously, you shouldn't need more than that. If you do, there's a whole wiki dedicated to it.

The interpreter is built in node.js, along with a pre-processor to link brainfuck files together. We used Python scripts to generate a lot of the repetitive code. Finally, the game itself is built using brainfuck.

What we have learnt

What's next for Brainfuck Tetris

* Not Tetris, because it's incomplete. 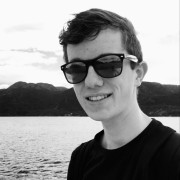