At my (Aaron) first hackathon two people made minigolf using a phone on a selfie stick as a motion controller. I wanted to do something similar. I chose bowling.

The android app beams a bunch of accelerometer data up to the server, then the server sends it to the client. From there the client throws the bowling ball down the lane and you get to watch the pins get knocked over!

Physics engine made from scratch in Python.

The extreme spagetti code that happens to someone who is writing their very first physics engine. Not knowing how to do weird bits of math involving overlapping circles.

What's next for Bowling Motion

Support for multiplayer games and for there to be more than one game played at a time. 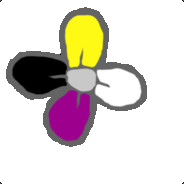