When we talk about blockchain + gaming, everybody thinks about in-game item portability but what about reputation portability? Gamers build reputation in one game but can't take it to another game with them!

Inspired by the notorious Warcraft 3 app "WC3 Banlist", we want to build a game agnostic whitelist / blacklist app and unbundle reputation from game publishers & merge it back with the user.

User logs in, sees a list of players they've interacted with in a game. User can honor them with badges, adding them to a whitelist or marks them with "toxic mark" to add them to a blacklist. The lists are privately stored on Cosmos storage. A friend of user can read the list if the user allows him to.

We had a web system as code base of this challenge. It has one Backend REST-API server with Relational database written by Go language, and one Frontend web application written by Javascript+React.

We developed the followings with in 2 days;

What's next for BoR 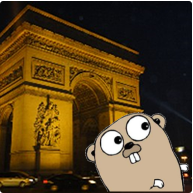