I travel to Chicago a lot for work. The President spends his fair share of time here as well. When he comes to town, flights are delayed, the roads are closed, and it generally can stink if you get caught up in the areas the President is visiting.

Based on these experiences, I was inspired to write an app based on open data that would allow me to see where and when the President (or Vice President) is traveling, and if the alert me as soon as possible if he is traveling to my town. That way, I can plan my week to avoid getting caught up in the mess.

Location Based Alerts. When you run the app, it asks for permission to access your coarse city-level location. If you agree to share your general location with BOAlert, when the BOAlert Back-End Database gets information that indicates the President is going to travel to where you are, you are sent a push notification with the details.

All three of the above data-sets are monitored and refreshed by the BOAlert Back-End.

BOAlert App Data Browser. The BOAlert application provides access to the relevant upcoming events that have been processed by the BOAlert Back-End Database.

I became more familiar with Parse CloudCode, how to scrape webpages using JavaScript, and various APIs including Google geocoding and reverse geocoding APIs.

Changes from Prior Version 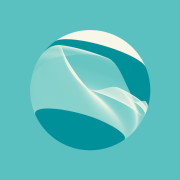