In an article for The Conversation, the Professor of Management at the University of North Carolina, Nir Kshetri, outlines how “Across the world, land registries are inefficient and unreliable – or even downright corrupt.” Property rights are convoluted, often imposing economic burdens on developing economies that would benefit enormously from stronger property rights. In one instance, when an earthquake hit Haiti back in 2010, many records proving ownership of farmland were destroyed. Farmers lost their ability to resolve disputes, borrow against their existing assets, and lost the incentive to invest in their own property. This kind of inefficiency is reported to have cost US$20 trillion worldwide. This alone is enough to completely hamper an LDC’s ability to develop economically. It is blockchain that has the ability to counter this trend.

You might be thinking to yourself, how does one solve this systemic property rights problem? The solution is comprehensive blockchain-based infrastructure that comes in three parts.

First, LandRules allows anyone to register land under their name for it to be immediately stored on the blockchain and government databases for review.

Second, LandRules connects users to government officials, allowing them to schedule a visit with a notary which will then review the land claim for validity. After this, the notary uses the government-facing API in order to mark the claim as valid. The piece of land is now stored safely on the blockchain. Here, it is immune to tampering, corruption, and many other problems that used to plague nations.

Finally, LandRules allows the safe transfer of land between two parties. When one party initiates the selling procedure, the other party is notified and may agree or not to buy it. The land is then immediately updated, and this change is locked into the blockchain, preventing the land seller from using any legal loopholes to scam the buyer.

Although we have only built a proof of concept, this technology has the potential to disrupt and revolutionize property rights as we know it.

LandRules is made up of three distinct parts, which led to some rather challenging coding. First, we have our smart contracts on the blockchain. We used the blockchain in our application because it serves as a decentralized ledger that helps ensure the transparency of all deeds in a given area. Our smart contracts store and interact with the most important parts of the data, and alert users if data tampering is suspected. Second, we had a Node.js server to act as an intermediary between the blockchain and the front-end. Through our experience, we found using a Node.js server improved speed and reliability. Third, we have a React app, so that ordinary citizens can request notary checks and view their deeds. Furthermore, our React app allows government officials to easily approve or deny deed requests and transfers.

Our challenges were mostly technical in nature. We found the blockchain, even after six years of development, still difficult to develop with. As it is a new technology, there is little documentation on its use. Similarly, the TypingDNA API, being an extremely new product, had some behavioral quirks that our application had to work around

We also experienced challenges in regards to scaling our product. For example, one security feature included checking other deeds to make sure that the land a deed was claiming was not already part of another deed. At larger scales, this would involve checking through thousands of deeds, which was clearly impractical. However, we optimized our sorting algorithm so that only the deeds closest to the new deed would be checked, which increased computational speed by many times.

We are proud to have a working product within one week of forming the idea. At first, I didn’t even think that we could pull together three different coding platforms, along with the design elements. But now, I can proudly say that we have made something that can help people in developing nations. Furthermore, many of us had never worked with so many teammates before. Throughout the entire process, we collaborated, communicated as a team, and stuck to a plan. Although we experienced unexpected bugs and git errors, every time we hit a problem, we regrouped, fixed the issue, and continued working.

During the process of developing LandRules, our team had to collaborate closely while assigning distinct roles to each individual. As many of us had no experience working in such a large team, communication and leadership played a vital role in our progression. This was the first time any of us collaborated with one another on such a large scale, allowing us to better comprehend each other’s personality, abilities, and dedication in regards to the DeveloperWeek 2021 Hackathon. The gaps in our expertise actually helped us distribute responsibilities respective to our abilities and increased efficiency. There is no way we could have completed a project this large without teamwork.

So far LandRules is a proof of concept of a technology that has the potential to revolutionize the world. However, there is still much to improve on LandRules.

First of all, we must strive to improve the reliability of LandRules, in order to allow the software to scale to serve an entire nation. This will allow LandRules to be taken seriously by governments.

Second, there is much room for improvement in the software’s security. We will add even more automated checks that can discard invalid or void land claims before they even reach government officials. Land claims could be declared void if they fail a polygon collision test with other land claims close to it, indicating that part of this land claim is already claimed by another party. Furthermore, there are security concerns surrounding the possibility that officials may be bribed to mark claims as valid even when they are clearly invalid. Officials must be held accountable by the nation’s law, and LandRules should reflect this.

Finally, in order for LandRules not to fall into the same traps that many other blockchain-based property rights initiatives fall into, we will need to consult a lawyer to help us navigate various nation’s web of laws and customs. This final component is key because other blockchain land management apps have often fizzled out under lackluster government support.

Overall, the road ahead is challenging for sure, but the potential for the betterment of humanity is infinite and it must be seized. 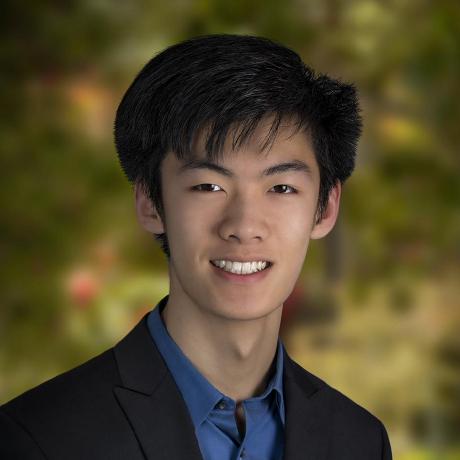