Are you a PR manager looking for information about the public opinion surrounding your client? Maybe you're a market strategist wondering about the public's reception of your recent product release. Or, perhaps, you're just dead bored. If you are any one of these people, then BlitzFeed is for you!

The secret of BlitzFeed is its use of the IBM Watson supercomputer. Using IBM Watson's Tone Analyzer API, BlitzFeed is able to interpret the tone of tweets regarding a topic and give the user a peek into the public's opinion.

We really faced it all this time around. As a group, we faced the struggle of having to manage an ambitious project that involved the use of many tools, languages, and APIs that we never touched before, not to mention the fact that we were using the IBM Watson Tone Analyzer for a lot of the heavy lifting, which is still in the experimental stages itself.

Despite the never-ending struggles surrounding this project, in the end, we came through, and that's enough for us to be proud. (y)

A heck ton more than we ever expected. 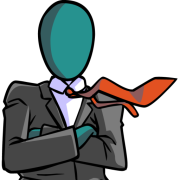