We wanted to build a game that you control with your brain. Just think it, stop doing.

We have an android app that shows the next action the player has to make (blink or tilt your head to the left or right). The actions follow each other faster and faster. If the player is too late or makes the wrong move, it's game over. When the high score has been beat, a message can be sent to the previous record holder. (S)he will be called using Twilio. So that (s)he can start immediately on (trying to) beat the record again.

We use a muse headband to detect the motions. An android app controls the game (shows the next action, the current score, ...) and calls a backend using an HTTP REST API to send in the scores.

It wasn't always easy to connect the android app to the muse headband. Sometimes it would just fail without a real reason.

What's next for BlinkIt

Make the game harder the more stressed you are. 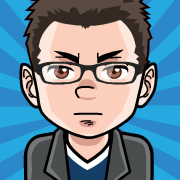