BlindSight is an tool for the visually impaired which narrates the description of scene by taking pictures from an embeded device.

There are about 300 million visually impaired people in the world. They are not able to experience the world the way we do, and BlindSight aims to provide this ability. The system uses advanced deep learning techniques from Microsoft for image classification, tagging and description.

BlindSight aims bring the world as a 'narrative' to the visually impaired. The narrative is generated by converting the scene in front of them to text, via machine learning. The narration aims to describes the most important objects in the scene. Examples of text include 'A group of people playing a game of football', 'yellow truck parked next to the car', a bowl of salad kept on table'.

A webcam or PiCamera is connected to the Raspberry Pi. The function of the code is to capture the image from the webcam and send it to Microsoft API's for recognition task. The response is then inserted to DynamoDB. When the user asks Alexa to describe the scene, the Alexa Skills Kit triggers Amazon Lambda function to fetch the data from the database (DynamoDB). The correct text is the played as an audio on the Alexa device.

Breakdown of each Program

and use the AccessKey and Secret AccessKey

Get your key for Microsoft Vision API's

Open Vision.py and paste the key that you got from previous section

Copy the code given in 'Lambda.py' to your lambda function Change the table name(and/or region) in the code and the application id of the skill kit(get it from skills kit. it should look like amzn1.echo-sdk-ams.app.xxxx.xxxx)

Create a skill and upload Alexa.json to set it up Setup the AWS Endpoint Resource

Testing and Notes: "Alexa start BlindSight" (you should hear the response as: "Sure, You can ask me to describe the scene") "Alexa get my user ID" -> Copy the userId and paste it in DynamoPush.py file 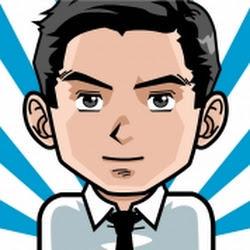