Looking at individuals in developing countries and how technology is underdeveloped their, it is clear that their is a need for a quick, easy-to-use web app, that can provide quick preliminary information about the patient's condition.

A web app that allows the user to enter a photograph of an eye (fundus photography). The web app will then display results, and whether the photograph in question has Diabetic Retinopathy.

Using React, Python and Tensorflow We built the web app using a combination of React and Javascript. Once the user submits an image, it stores the image in firebase. A python script checks for changes to the firebase storage, and retrieves the image. The python script runs a machine learning model to check whether the photo has Diabetic Retinopathy. The model uploads the result back to the firebase database. The website detects the change and tells the user.

The biggest challenge we ran into was trying to figure out a way to communicate between the trained machine learning model, and the web app. We eventually settled on using firebase for this. Other challenges include: figuring out how to save the model, and use it on command rather than retrain it every time, as well as getting the web app to communicate with firebase effectively.

We are most proud of the following things: a working machine learned image classifier, communicating with firebase, and getting all aspects of our project finished in the given time frame at the hackathon.

We learned a lot about the following technology: React, Tensorflow's API (Python), Firebase

What's next for Blindness Detection

The next steps include: build a better training model (by using a larger sample database), and categorize the user's Diabetic Retinopathy into its various stages of severity. 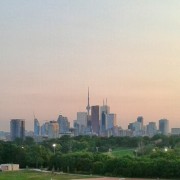