Bleeps and The Bleeps DAO

Sound NFT fully generated on-chain from solidity/evm. Each Sound holder is a member of the Bleep DAO. Melodies can be composed from these sounds and be auctioned with share given to the DAO and its member.

For the on-chain generation, the main inspiration is Mandalas.eth which pioneered the use of tokenURI standard to generate svg/gif images iva "data URI scheme"

Then for the DAO, Nouns DAO was the main inspiration which make Nouns' owner member of the DAO by owning a NFT and get to manage a treasury generated by auctioning generative arts.

Bleeps is generate WAV file directly from solidity / evm. This allow in turn to programmatically combine sounds or use other data to generate them, indepedent of any external services.

The DAO use this programmability to distribute the treasury by rewarding the sounds that are more often used.

Anyone can create melodies using these sounds to generate more complex sound (the melodies).

The project was mostly built via smart contract using solidity and yul/assembly , the latter to allow to cram as much as sound as possible in the confine of the EVM.

Many challenges related to yul and assembly as well as encoding issue. We had not only to generate sample data but also encode it in base64 and for efficiency purpose we use a streaming method.

On top of that we had to learn how sound get represented and how we can optimize it for the EVM.

The noise instrument (pink noise) was a particularly tricky as it was more computing intensive than the others.

The Sounds and DAO are we think a nice concept and the technical achievement of generate WAV file from solidity is something we are really proud to show :)

Learnt a lot of yul and solidity, as well as how sound get generated and how we can encode it efficiently

What's next for Bleeps and the Bleeps DAO

We have the 512 sounds ready that we want to distribute. Then we want to finish the melody system and to hook it up with the DAO on ethereum mainnet.

Finally, a longer term plan is to allow the composition of more complex sound: music that is itself composed of melodies. 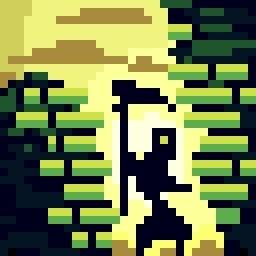