Big data is an increasingly important field, but to most people, it's simply charts and numbers. The truth is, people don't tend to care about data unless it affects them. To address this, we created a game that allows a new innovative way to visualize data--it allows users to be directly affected by the data, as gameplay changes based on the dataset. If for example, crime rates are high in a particular area, enemies would become more difficult.

Players must dodge enemies generated in various patterns, all based on big data gathered from data.gov in various categories. Each style of enemy is different, and it varies if there is a lot of data on one topic or a little.

Data was gathered from data.gov, and parsed using Ruby. Then, the parsed data was fed into our game, which was written from scratch in Java. Enemy patterns were designed with algorithms in order to represent the datasets.

It was challenging to find the best way to visualize the data and how it affected enemies.

Everyone worked hard and managed to make something! And we all learned a lot of new stuff.

Many of us had no experience using Java for anything other than school projects, so we learned a lot.

What's next for Bitproof: Byte the Bullet

You should play it~ 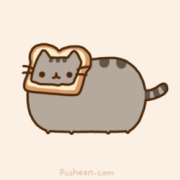