As bitcoin gains in popularity and recognition, there have been countless attempts to 'tame' and sanitize it for easier mainstreaming by stripping away its radical anti-statist roots. I wanted to take a different approach with the spirit of this hackathon project by bringing attention back to the game theory aspect of bitcoin.

For bitcoin to succeed, we don't need to win over every single person on Earth or convince the public of the validity of Austrian economic thought. Part of bitcoin's genius comes from the fact that it runs on incentives, in part fueled by its hard money properties.

So yes, while we'll still try to get people to buy bitcoin, build, educate, evangelize, and improve onboarding, the masses will become bitcoiners regardless; it's just a matter of 'when', not 'if'.

All footage was captured by me with a Canon 5D Mk2. The Times Square debt clock is accurate as of 6/7/2019. Motion graphics were done by me using a combination of Blender 3D and Adobe After Effects, audio mixed in Adobe Audition, with everything being brought into Adobe Premiere for editing.

Shout out to Stephan Livera for recording the voiceover for me and helping me tweak the concept. Please subscribe to his amazing podcast. link

I originally started with a completely different concept and switched mid-stream a week before the due date. The script took a few days to write because it was tough figuring out how to message everything in 60 seconds.

It’s hard to strike a balance between ‘real talk’ and approachability when you have limited time to make your case.

What's next for Bitcoin is Rebellion

The overall message in this video is one of my pet issues. Glad to use the hackathon as an excuse to elevate it beyond Twitter and Reddit threads. Going to continue to hone and refine my arguments! 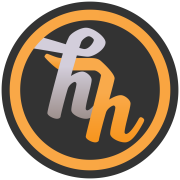