This is a comically quirky game featuring earth's largest population, Bugs! The game features two modes: Defense (Single Player) and Battle (Multi Player). The goal is this game is to have fun while letting invertebrates enjoy their full cuteness potential.

The game is readily exportable into HTML5 and, with a few modifications, can be easily exported to Windows 8 and Android. Big Eyed Battle Bugs was developed using the technology and tools learned in the Window's 8 Workshop.

In Defense mode the user plays selects their hero (either the Black Widow Spider or the Giant Japanese Hornet) and defends their tree branch with spits of venom from the evil termites which aim to destroy their home.

In Battle mode, you compete against a player in the same room. Users fire venomous spit at eachother. But be careful! Venom bounces off the leaves. 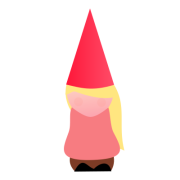