Does meditation actually work for me?

It's a 1.2 BILLION dollar industry, whether it's used by professionals to improve their focus & productivity or young children to build resilience and mental health. In a survey of 1287 people who had quit meditation, 89% of them either said:

...but that's really saying the same thing as "I didn't see the results I wanted to make this worthwhile".

And it clearly works in studies — for cheaper than comparable treatments

There's plenty of evidence that sticking it out leads to results comparable to active treatment for a much more accessible cost — so improving retention is also going to improve lives around the world, particularly in places with less access to quality mental wellbeing programmes.

But tracking your moods AND doing the math?

That's something most people aren't even going to think about — let alone justify adding extra time onto a new hobby they were already skeptical about.

So we do it for you! Better adds a crucial step to a mindfulness meditation session — self-reflection on the your moods before and after you meditate. By actively prompting you to think about how you're feeling, you're going to uncover results you otherwise would've missed. Once we've processed it through our statistics pipeline, we can tell you over a period of days, months or years whether it's actually working for you.

Here's how we did it

Our original idea was to run an experiment with different forms of exercise: the user would spend one week not running, a second running, and we'd use statistics to tell them whether it worked. But our mentoring session with Nav revealed two harsh truths:

We decided a quick pivot was the best move, and got to work. The crucial element for us was having a well-designed flow that users would love, so we focused on a single storyline through the app and tried to make it as tight as possible.

What we loved about Unihack

"With two newbie programmers, it was really rewarding to hustle the team together to get things working. I woke up this morning to find that Chris — a guy who had never written a line of JavaScript before yesterday — had completely written our statistics pipeline!"

"This was a great experience, it was a learning curve of steep proportion as I do not have much coding experience at all. So much fun learning and finding out what works and what doesn't (buttons)"

"I learnt more in 24 hours of unihack than I did in two years of uni."

"A fantastic concoction of programming and memes, another fine addition to my collection of experiences. 10/10 would hack again."

Better isn't just a meditation app — it's a flexible personal data pipeline you could use with anything! Have you ever wanted to know:

People are already pushing toward being more mindful with the phones they carry every day — Better is the app that could really help people transform that relationship. Our phones should be our allies. 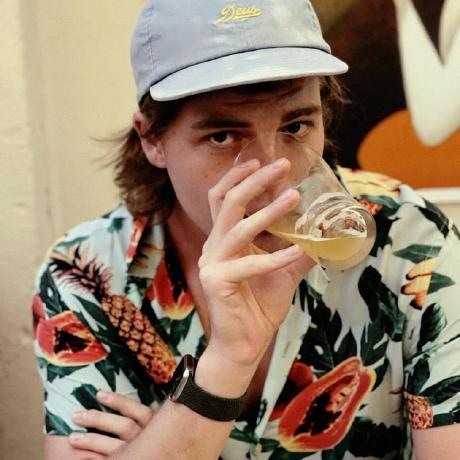