Find out if your favorite film passes the test

The Bechdel Test, sometimes called the Mo Movie Measure or Bechdel Rule is a simple test which names the following three criteria:

The test was popularized by Alison Bechdel's comic Dykes to Watch Out For, in a 1985 strip called The Rule. For a nice video introduction to the subject please check out The Bechdel Test for Women in Movies on feministfrequency.com.

This program accepts a movie script and analyzes whether or not it passes the Bechdel Test, as well as analyzing several other feminist components to a film. It can answer questions like "How many females are in this film," "By what factor does this pass the Bechdel Test?"

Start here if you want to get setup quickly using a docker image.

Download and unpack Bechdel Test. Or alternatively checkout from source:

Next, inside the project, you need to install the project's various NPM dependencies:

Start up Docker, and you should now be ready to spin up a development build of your new project:

Download and unpack Bechdel Test. Or alternatively checkout from source:

Next, inside the project, you need to install the project's various NPM dependencies:

Start up your local mongo server

Quit out of the mongo shell, and you should now be ready to spin up a development build of your new project:

Follow the setup steps listed above. Once the app is running

The bechdel.io test suite is run with npm test. You can read more about testing bechdel.io.

The Bechdel Test Script Parser was a collaborative digital humanities project between myself and my sister, Laurel Karlsson. It is the product of a shared passion for film, feminism, and the creative potential of technology. By combining the talents and interests of myself, a software engineer, we’ve been able to create an innovative data mining tool for film analysis that we hope to continue to work on and improve. You can check out the project on our website.

This project was born when my sister reached out to me for advice on a few ideas she had been mulling over for a digital humanities project. Hoping to do something related to feminist film analysis, she was feeling very limited by my lack of coding experience and hadn’t been able to find an existing data mining tool to accomplish what she was looking to do. I immediately offered up my coding expertise, looking to gain experience by building a tool from scratch which would accomplish the specific needs of the project. After brainstorming several different project ideas, we settled on the one you see here.

Please read CONTRIBUTING.md for details on our code of conduct, and the process for submitting pull requests to us. 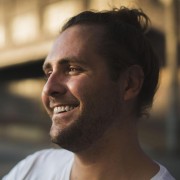