We were disturbed to see the increasing number of assaults on UW Campus. Starting from 1 reported incident in January 2016, there have been 3 reported incidents in a span of 20 days each month. 911 operators ask too many questions or are busy, and the chain of communication from the operator to the nearest cops standing-by is often time-consuming. The UWPD does not get to know about the crime until it has occurred. We observed that most of these crimes occurred at night when the victim was alone, but could have easily called for help. The mere arrival of a bystander could have scared the suspect away or could have provided an opportunity to inform UWPD immediately. Based on this insight, we created Beacon.

Beacon is very different from its counterparts like Life360, OnCampusOnWatch or Good2Go. These apps have complex interfaces that require some thought process on part of the victim at times of emergency. Some of these apps have been removed due to low usage or an unjustifiable price tag. Further, these apps require the user to enter a list of trusted contacts to be informed during emergencies. This is a limitation to those who are new to a place and do not yet have trusted contacts. It could also be that trusted contacts are un-reachable at the time of an emergency.

Beacon is an idea that relies on an established network of bystanders willing to help during emergencies. A bystander expresses his intent to offer help anytime by simply logging in to our app and letting it run in background. The app sends heartbeat messages periodically to a central server informing it of the bystander's location.

If a person needs help, she opens the Beacon app on her phone and taps on the screen to request for immediate help. This request from the victim contains the victim's location and is sent to the central server which selects as many logged-in bystanders as possible within 500 meters of the victim. All selected bystanders are informed and each such bystander receives a map indicating his location with respect to the victim. The bystander may choose to help.

Beacon connects people together at times of emergency

We ran into 3 challenges.

First was the challenge of false alarms. A person may mistakenly tap Beacon requesting immediate assistance. To over come this, we added a delay of 10 seconds between when a victim taps our app and when the app sends the first request of help to the server. If the victim taps again before these 10 seconds expire, then no request for help is raised.

We are proud that we accomplished the idea we had in mind when we started.

What's next for Beacon 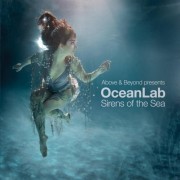