Whilst visiting my 10 year-old cousin last weekend, I saw her and her mother have a debate about whether or not she could get her own snapchat account. I agreed with my aunt that Snapchat isn't safe for a 10 year-old girl, largely because anyone can send you images. We had an interesting discussion about the current struggle that parents are facing for the first time; how to deal with their children and technology such as iPods that can you get you just about anything. I decided to play around with this idea, and came up with Bauer Chat, a censored and thus safer version of Snapchat, where anyone posting profane messages (specifically nude photos, however this can potentially expand to use bad language as well) will be blocked. I initially wanted it to include a point/game component, so by bringing a competitive edge into the app, it will help attract more people into using the app and become the better and safer option for the younger generation that have already started getting social media accounts.

I'm extremely proud of the API use and integration. The user is able to submit a photo, and if it's considered pornographic for any reason, their account will be reviewed. My target user would be mothers with children under the age of 14. Ideally these mothers would test out the app themselves, and after feeling comfortable with it, they would start letting their children use it as well. 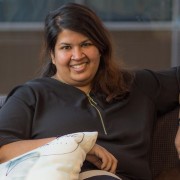