Inspired by an idea from a friend, slightly simplified

Pulls in data for each team for a given season, and shows the run differential for each, colored to indicate whether the game was a win or a loss

I set up an express server before the hack day to proxy API requests to ensure that any API credentials would not be exposed on the front end, and set up an API call to the external data provider.

During the hack day, I ran updated the API calls to fit my needs, and built the entire D3 portion.

I had initially hoped to have negative column heights, but this proved a bit too difficult for me to wrap my head around during the competition.

First project built using D3, so I'm happy to have something functional!

A newfound respect for people that do data visualization

What's next for Baseball Run Differentials

Hoping to implement the aforementioned negative value columns, and figure out how to get this deployed (since dealing with webpack is a pain). 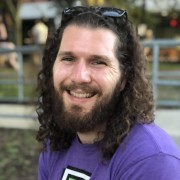