Inspiration and Our Goal

In 2015 alone, 10,265 people died as a result of alcohol impaired driving crashes in the United States alone. That amounts to one death every 51 minutes. For years, this senseless loss of life has simply acted as another part of the morbid reality that is alcoholism; however, due to numerous advances in wireless communication and sensing technologies, we believe that we can play a significant role in preventing the act of driving home drunk from bars. Barcode’s goal is to keep an intoxicated individual’s keys out of their reach until they can empirically prove they are below the legal limit.

Barcode provides a system of lockers, similar to what one may find outside amusement park rides, near the entrance of a bar. Patrons whom have driven to the building have the option of, for free, requesting a locker in which to place his or her car keys by inputting a name, phone number, and PIN. Users are incentivized to use the locker by receiving a coupon for a free drink or food item at their next visit to the bar. They then can go have as much fun as their heart desires.

Once the patron is ready to leave the bar, they can return to the locker system, log in, and then breathe on the system’s built in ethanol sensor. If the system detects no alcohol, the door unlocks and gives the user access to their keys. If the system detects a BAC below the legal limit, the door opens and also recommends the individual make use of a ridesharing or local taxi service available in the area. But, if a BAC above the legal limit is detected, the locker remains locked, and once again recommends that the user take advantage of a different transportation service. Eliminating any chance of a drunk driving scenario.

Since the age of the model T, driving under the influence has proven itself a pervasive issue in American society. Our team came to the realization that every American has had a brush with a drunk driver, be it through passing a potentially dangerous driver on the road, or something of a more personal nature.

After thorough research, we found that a significant portion of drunk driving incidents occur when individuals return home from bars or clubs. From this, we concluded that the only logical solution would result in an intoxicated individual losing any means of operating their vehicle until they had sobered to a legal level. Barcode protects not only the mobile drinker from themselves, but anyone who may be on the roadway alongside them.

How We Built it, Our Challenges, and Our Triumph Story

From the beginning, we realized the necessity of compartmentalizing our roles in order to streamline our workflow. Jack quickly began developing our front end UI in order to ensure a simple and easy to understand user experience so as to make the process of reserving a locker as seamless as possible for users. He started by constructing a simple login webpage to take in user information and interaction.

At the same time, Michael began working on the design of the physical prototype, by planning the locker design as well as modeling parts to be 3D printed and used in the locking mechanism. Eventually, he began constructing the physical locker prototype out of cardboard from old amazon boxes. This would serve as the physical framework for our entire project, and Michael’s design allowed us to create a clean and easy to understand UX.

Dan, with assistance from Reid, began working on the technical aspect of the hardware component. He connected our ethanol sensor to our Arduino test unit and began experimenting with trigger values as well as connecting servos and LEDs to be used to unlock doors and notify users of locker availability respectively. Dan began porting the code into the Particle Photon so as to enable wireless capabilities. Reid also continued researching our usability and scalability in order to understand our user journey for a more streamlined experience.

After all members had completed their necessary portions of the project, we began marrying the hardware and software aspects.

From this project, our team learned how important it is that the hardware team and software team communicate with each other at all times. The whole team was able to succeed because of the collaboration skills we quickly built and maintained. We also learned the importance of precision with networking between hardware and software. We needed the Particle Photon to send certain signals and the server to pick up those signals, interpret them in a certain way, and open the locker. Overall, we learned that new technologies emerge every day that can be utilized to greatly improve health and safety throughout the world. Building barcode taught us that, no matter how bleak mental health issues like alcoholism may seem, we can always find a solution if we’re only willing to work for it.

What's next for Barcode

Going forward, we plan construct a more functional, metal based locker prototype with a much larger array of lockers to be used in pitching to bars and municipalities. Additionally, we’d like to develop an application that allows users to collaborate with one another and communicate designated driver schedules alongside the locker system in order to maximize information safety. Finally, we’re interested in the concept of collecting user data in order to both provide information to the user on their own drinking habits as well as gain a broader picture of overall American drinking habits. 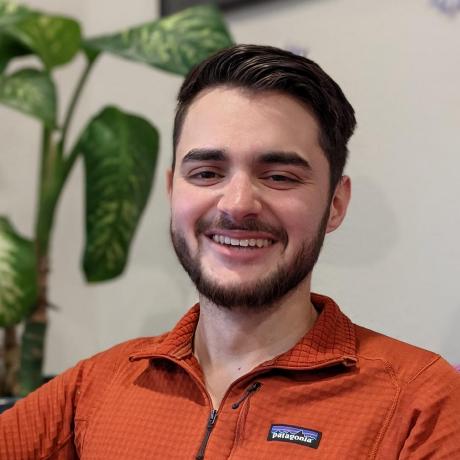