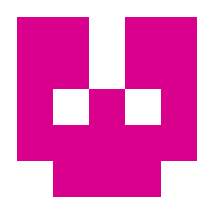 In sports analytics you often hear the tale of the nerd trying to explain to the jock why they should care about the numbers. Basketball is no different. NBA players have a plethora of tools available to them to enhance their game and there are numerous established products to track all sorts of statistics on players.

One area that hasn’t been explored is enhancing the way that basketball plays are diagrammed for players. Below in figure 1 you see Brad Stevens of the Boston Celtics drawing a play on a whiteboard.

While a whiteboard serves the purpose of communicating when and where players should be, it has several limitations:

We designed a simple prototype web application over the weekend to demonstrate the potential of a virtual play whiteboard. We choose this interface to appeal to the target market of NBA coaches and basketball players.

The interface allows for a coach to move players around and a convenient color coding scheme will tell the coach how effective that player shoots from that part of the floor.

We used machine learning, specifically a decision tree to determine what zone the player marker falls into. We decided to take this approach as opposed to determining geometrically where the zones were in order to save time and because we had a large amount of shot chart data which had already been zoned.

A final product may be better suited for a tablet due to portability and similarity to the existing whiteboard. We choose a web UI for simplicity and quick prototyping. Other features that could be developed in the future include: