I built this website because I wanted to solve the problem of going to Taco bell only to be disappointed by learning that the freeze machine is out of service.

Bajablast DD is a website that displays the current status of the Baja Blast Freeze machine at a local Taco Bell Location. Because there is no API for the Baja Blast machine, we decided to opt for a community driven, user reporting system to determine machine status.

Users can press a button to update the current status of the freeze machine. Other users can then see the status and make their food decisions accordingly.

I used EJS (embedded javascript) to run the website with javascript elements. The website itself was built in bootstrap studio, and the css was edited afterwords. CockroachDB was used to store the status of the machine.

The site occasionally broke because a value could not be read. This was probably due to some syntax error, because I was able to fix it after rewriting the code. However, randomly the problem showed up during the final hour, and disappeared on its own. Not sure how that works.

Using a completely new database and having the project work within the time limit.

What's next for Baja Blast Down Detector

Probably expanding the use of CockroachDB, and using that data to scale the website up for multiple locations. 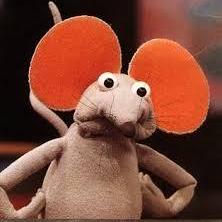