Its a robot which is artificially intelligent and replies to anything you say to it using an app we made using GsTT . You can ask it move in specific directions nicely and perform some motion maneuvers. Also, We have added a Gesture control feature via bluetooth and Kinect.

We used an arduino mega and created a classifier that maps different training data which is small, as We had only a mega to work on. We couldn't find Pis. Pine 64, or Beaglebone. Thus, the AI is just a concept. Its a chatter box using ML.

Figuring out the Classifier data. Blowing up ICs and bleeding. Inefficient motor drivers and defective motors which proves only concept and movement.

Machine Learning In Arduino. Not ever been done before. ( A bit slow but works :) ) The chatter box. The app that communicates with our Bot. Playing NFS with our Gesture control.

We had to come a bit more prepared. We were introduced to a lot of new software engineers from the country and challenging ideas that came through our mind.

What's next for Baby. A Artificially Intelligent robot.

Creating / Replicating it in a ARM linux based software which will be known as Daddy #check my repo for updates Upgrading it with IOT for home automations etc Life assistance as drones. Incorporating a listener into the chatterbox for victims, hostages, etc 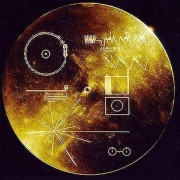