I was inspired in many APIs that I already developed and in both TDD and KISS concepts.

It's an API to play the Mastermind game. It supports multiplayer, singleplayer and you can also play through a Telegram bot (yay).

I built it storing games on MongoDB, storing session for Telegram games in Redis and using Ruby on Rails as webserver. Everything built and deployed to a test server (link down below) using Docker and Docker Compose.

Well, it was suppose to include the third challenge too (play through AxiomZen's API and with hint support), but I tried too much to stick using Ruby, even though its performance is really bad to solve this kind of problem. I took too long to change to golang and I couldn't finish the golang version, even to a state where it would be presentable.

I'm proud using Docker and Docker Compose correctly, of my test coverage and of integrating with Telegram (they have awesome stuff for integration).

I learned a lot of Docker and Docker Compose, only to give the best app environment for you, guys. <3

What's next for AxiomZen: Mastermind API

Best hints possible for payers, for sure. 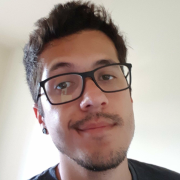