After seeing the full capabilities of amazon, I decided to go ahead and evolve one of the tools we were wondering how to make it more automated, so adding features such as automated translation would allow enterprise systems to be ready for next deployments in other countries or in general other applications.

Moving some of the infrastructure to interact with amazon web services was very straight forward, not really difficult, I could say that the most significant challenge was using JS and Python, because it seems the implementations are a little different

I am really proud of putting a chatbot that we could use, along with the design it takes to see it working, very very happy about this

I learnt that one system can use several backend languages using lambda, that boosted the performance of the development and the time to do so

What's next for AWS auto translation and chatbot implementation 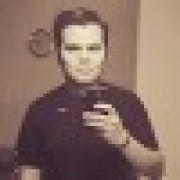