Last year in June I interned at a high tech startup in Netanya, Israel. When commuting to work from Haifa one day, my bus was running late. I waited at the station for 40 minutes until the bus finally arrived. As a result of the delay I missed the train I planned on taking to work and was forced to wait an additional 45 minutes to catch the next one. When I finally arrived at the office, my boss was very upset with my tardiness. There is no way that I could have known my bus would be late. There was no way that I would have known that I had to wake up earlier to catch a different bus. Under my boss's disapproving glare, I realized that there was a need for change.

By evaluating a user's events in Google calendar, awake is able to establish an alarm that is entirely event based. Awake is able tell you EXACTLY when to leave in order to arrive at your target destination on time. Delays due to extenuating circumstances are all taken into account. Traffic, stalls in public transportation and bad weather will no longer result in being late for work. Moreover, if an event's time is changed on a Google calendar, it changes on the awake platform as well. In this way, if a meeting is delayed without a user's knowing, he/she can get some more precious sleep. On the other hand, If a user's event is moved to an earlier time than expected, awake ensures that said user wakes up just in time to get to work.

Shaul, my team's only programmer, had to teach himself server-side programming in very short notice. He had to learn Google's APIs, client operation, and working with socket.io all in the span of the hackathon. This was also Yair's first time designing a web application. The challenging part for me was writing my first pitch and organizing such a complicated group project. Overall, I am proud of the fact that we all pulled through.

I am proud to have played a part in solving a problem faced by so many. The awake team was able to solve both tardiness and sleep deprivation in less than 36 hours!

As a first time team-leader I learned how to manage a small, but very talented team. I learned to collaborate with my designer, Yair, and share my vision for the application. I learned how to break down web-design into small, manageable tasks which our programmer, Shaul, could champion one at a time. Building awake has also taught me how to write a pitch, develop a product, and approach problems differently.

What's next for awake

Awake is soon going to become an application for both Android and iOS. After undergoing beta testing at Cornell, the awake team hopes to spread the app far and wide. Ultimately we hope to replace the traditional clock application found on the traditional smart phone. We want to make sure that our users will #neverbelateagain. 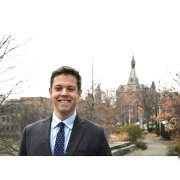